AN INSTANT POLL that recently appeared on the home page of CPGmatters.com sheds some light on an important part of social media evaluation; namely, Return On Investment. Every CPG company of consequence has a social media strategy nowadays.

So do marketers think social media is a success?

Not really, say nearly nine of ten executives who took part in the poll. Only 12% say that social media is a success in CPG. Three of four respondents say concern over ROI is holding back success:

Meanwhile, 12% say it’s too early to determine the success of social media in CPG. 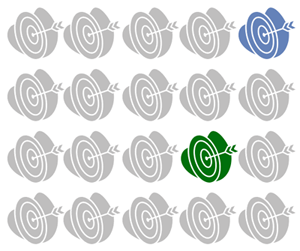 BEST PRACTICE IN MOBILE ADVERTISING remains an oxymoron, as marketers grapple with the natural tension between intrusiveness and usefulness. There is a strong drive to justify ad spending and validate the business premise behind personalized promotions. Relevance seems to be the key, we are told, and the unique data-capturing and consumer-tracking capabilities of mobile devices should materialize a marketer’s nirvana in which every message is on-target and welcomed.

Recent consumer research from PriceWaterhouseCoopers suggests that this formula may need to be applied with greater subtlty, however.  In Mobile advertising: What do US consumers want?, PwC researchers find, “There is an overall aversion to the prevalence of mobile advertising. Even ads that are relevant to personal interests do not directly translate to ad interest or engagement.”

This poses a challenge indeed, since according to PwC, “The biggest challenge is to leverage the knowledge of how consumers are using mobile to improve monetization from ad delivery.”

ALMOST OVERLOOKED during the Autumn business conference-slash-election season was a nicely-done bit of research about the new price transparency.

Prepared by RetailWire.com and underwritten by IBM Smarter Commerce, the study “Pricing Transparency: Can Retailers Regain Control?” was released October 5. It was conducted in an effort to better understand the phenomenon known as “show-rooming,” where shoppers use apps on their mobile phones to check merchandise prices while shopping in-store.

The study authors define “pricing transparency” as “The ability to learn the relative price positions of a particular item across competitive retailers.”  The trend had some folks pretty nervous around mid-year, especially retailers who specialize in high-consideration purchases, like consumer electronics.

The findings indicated that Price Transparency falls mid-level on the continuum of general retailer concerns – below the economy, competition and consumer behavior. Considered among pricing practices, however,  respondents did worry about consumer price sensitivity in general (ranked as #1 concern by 35%) and transparency in particular (ranked #1 by 21%).

Increased price sensitivity seems to be an enduring consequence of the recent protracted economic downturn. Many shoppers have re-evaluated their purchasing behaviors. Smart phone apps both enable and reinforce these behavioral changes.

Retailers have some effective defenses available beyond absolute lowest prices. Most are related to enabling shopper success in other dimensions. Superior, relevant assortment, exclusive items, and excellent item availability all can have a positive influence here, the findings suggest.

The best practice formula remains somewhat murky in the brave new world of transparent prices, but this research begins to make matters clearer. An Executive Summary of the “Pricing Transparency: Can Retailers Regain Control?” study, can be downloaded at: http://www.retailwire.com/page/10133/.