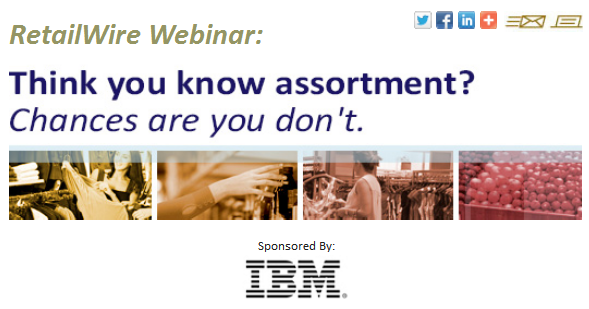 I WAS ASKED RECENTLY to address a group of consumer products managers about the possible future of Category Management.

The request came at a time when I had been devoting serious thinking to several topics that at first seemed only tenuously related. Computer-generated ordering is one. Optimization of markdowns is another. The impact of social, mobile and local media is a third. Then there was this trendy concept — Big Data — that keeps getting lots of mentions, but seems to defy clear understanding.

So what was I to make of Category Management in a world where these disparate forces swirl? More importantly, what practical insights could I deliver to this audience of the best and brightest that CPG companies had on their brand and account teams? I probably couldn’t tell them much they didn’t already know. Maybe I could try to make their heads explode instead.

Thought Experiment
I challenged this audience with the following thought experiment: Try to visualize what life could be like for Category Management professionals in a world with vastly more information and a good deal less control.

The diagram accompanying this post identifies ten factors or sources of input that a Category Manager of the future might incorporate into planning decisions. Many are already familiar — optimization of assortment, price, promotion and markdowns are well-established techniques built into software suites like those from IBM DemandTec. Other vendors offer macro space planning solutions, automated replenishment, capacity planning, In-Store Implementation and competitive analytics. These factors all interact in a dizzying matrix. But wait! There’s more!

Now fold in the massive influence of social/mobile/local media and online shopping and search behaviors, which are manifest as Big Data. We are witness to the vanishing boundaries of the in-store environment, due to the advent of personal digital technology, changing consumer habits, omni-channel business models and the immense flows of unstructured and structured data that these are creating for Shopper Marketers. I call this The Incredible Dissolving Store.

Big Data postulates that we will soon be routinely mining these external data flows for relevant behavioral insights and applying those insights on a continuous basis to enable shopper success and sustain meaningful competitive advantage.

Mix Mastery
It’s kind of like the marketing mix management problem. Heck, in many ways it’s a core part of the marketing mix problem. Shopper success — and therefore, the success of our category and promotional plans — are influenced by all these factors. Simultaneously. Continuously.

The increasing intricacy of the merchandising decision process reflects the proliferation of intersecting, measurable and optimize-able factors within the store. All these new data-based influences mean the locus of power is rapidly leaving the store and distributing across your customers’ mobile devices. The shopper is always in the center — no matter where you go, there they are.

It becomes increasingly apparent that Category Management in the Incredible Dissolving Store will not be about solving the equation — it will be about tuning the system. New analytics tools make the keys to relevance more accessible and more automated than ever. The life cycle of your decisions, shorter than ever. The power resides in the network and in the hands of individual shoppers.

Category Management, like it or not, is rapidly shifting from an orderly, controlled, recursive, planning process with boundaries and well-defined metrics into a deliberately dis-orderly, multidimensional, broad, shape-shifting and organic process that incorporates planning, detection, response and continuous strategic reconsideration.

In the Incredible Dissolving Store, we need to get used to the kind of ongoing discomfort this implies and think very carefully about the metrics we use to define success. If we listen actively and shed our bias, the shoppers will tell us what those must be. 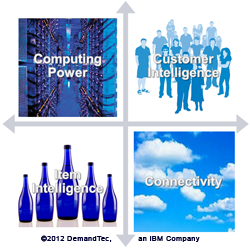 IN FAST-MOVING CONSUMER GOODS, the art and science of merchandising requires an informed balance of interrelated decision processes.

Microeconomics tells us that product sales rate will be related to price, albeit somewhat elastically. Space planning endeavors to allow sufficient quantities of each product to be stocked to meet shopper demand, without tying up excess capital. Assortment planning attempts to fit the most productive and satisfying mix of items into the space available. Inventory management balances the labor costs of replenishing shelves against in-stock levels.

There are other “levers” that figure into the process – from promotions, to new product introductions, to the depth and timing of markdowns, to the influence of competitors and even the weather. Taken collectively, these amount to a matrix of influencers on productivity and rates of sales.

For the retailer this comes down to the simultaneous management of customer engagement, assortment optimization, and pricing and profitability management. Or, as IBM DemandTec director of product management Carol Teng expressed in “A New Generation of Assortment Optimization,” a recent webinar hosted by PlanetRetail: “The right focus; the right product; the right price.”

“We believe customer assortment truly is the next growth lever in retail,” Teng said. The building blocks for this capability begin with superior data sources, like POS and basket analysis; frequent shopper data on re-purchase and brand switching behavior; and shopper panels that reveal losses to competitors.

Assortment and other merchandising decisions are best made not in isolation, but in an inter-connected environment – a matrix, if you will. Ultimately assortment optimization will depend on an understanding of incremental demand and transferable demand. Practitioners must monitor these continuously as situations evolve. For each and every SKU and store cluster. 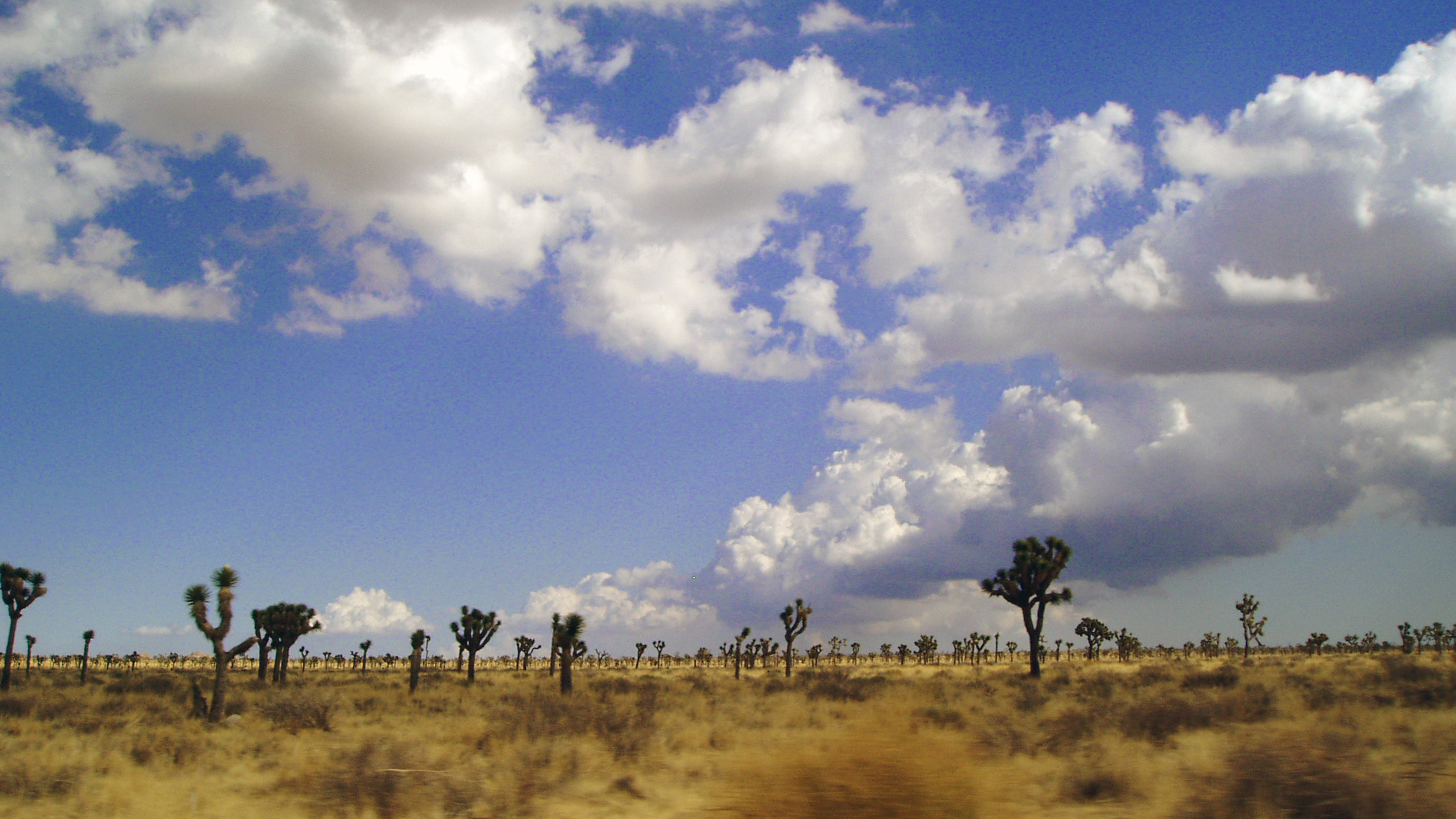 WHEN THE GOOD FOLKS at DemandTec asked me to commence writing a series of short commentary pieces on this blog, I accepted the assignment in large measure because the company’s story is a reflection of the story of merchandising analytics in all its facets.

Like DemandTec, an IBM Company, my history as an analyst in what used to be called the “price optimization” sector dates back more than a decade. In 2002 I was asked to try to make this very powerful new retail science more accessible by explaining its benefits and justification in terms other than technical. Price optimization was a new idea, and its target purchasers were wary of its mysterious mechanisms.

Retailers’ objections about the apparent “black box” nature of base price elasticity permeated the sales cycles of industry pioneers, DemandTec’s included. Prospects worried that using computers to model price elasticity and interaction effects to maximize margins was too manipulative. What kind of push-back would they face if shoppers found out?

It took some effort at first, but we correctly reasoned that since optimization is based on measurements of shopper response, it is inherently shopper-centric in nature. Overall, the process tends to deliver more consistent competitive value to shoppers, while retailers maintain sustainable gross margins. These ideas are familiar now, but they were new territory ten years ago.

At about the same time, other pioneers began applying the principles of optimization to other complex merchandising decision processes, notably to the depth and timing of markdowns, and the terms of in-store promotions. Other folks were advancing assortment and space planning tools from the category management side of the house. Pretty soon, it dawned on the smarter people that that the interconnectivity and interaction effects they observed within each of these areas of discipline also exist across these areas of discipline; and not just within the retail organization, but between it and its trading partners.

A simple example might arise when a lower everyday price for a popular item revs up its turnover rate. The existing number of facings may become insufficient, creating intermittent out-of-stocks. The lost sales may tend to distort apparent demand and delay re-orders, and the problem perpetuates. Fold in other concurrent events within the category, such as new item cut-ins and shelf capacity constraints and the problem grows very knotty indeed.

When I was first learning about all this, someone I respect explained to me why the mathematical model behind pricing optimization is related to the intricate “fly-by-wire” flight control systems that keep stealth aircraft from dropping out of the sky. Both critical objectives – keeping thousands of interrelated SKUs properly tuned, and keeping multiple interrelated flight surfaces properly tuned – share several traits:

In one respect, those flight control systems may be simpler than retail demand models – there’s only one cockpit in an aircraft. A retail organization, by comparison, may have dozens or hundreds of individual decision makers and planners and trading partners interacting with the merchandising model through various dashboards. Each needs appropriate analytics and decision support according to his or her role.

As DemandTec developed and acquired its portfolio of software offerings over the past ten years, it placed evident emphasis on connecting users with the data and with each other in practical and beneficial ways. It was an early advocate of the software as a service (SaaS) application business model, which placed the heavy application power in outside computer servers, relieving clients from the burden of maintaining these systems in-house.

Lately the tech industry tends to refer to service-based computing as “the cloud.” In fact DemandTec’s current positioning, “The Collaborative Analytics Cloud,” reflects that. The explosive growth of major social networks has reinforced this concept, as have some of the largest IT companies. IBM, which acquired DemandTec last February, uses the tagline, “Smarter Commerce on Cloud” to describe its core strategic approach.

The company’s DemandTec Connect™ social layer is a recent development in this regard. The platform leverages social-media-like interaction with embedded analytical applications to help shape collaboration across the merchandising ecosystem. Like any social media network, the platform is cloud-based. Its ability to provide role-appropriate access to a variety of optimization analytics is pure DemandTec.

© Copyright 2012 James Tenser
This article was commissioned by DemandTec Inc. which is granted the right of republication. All other rights reserved.